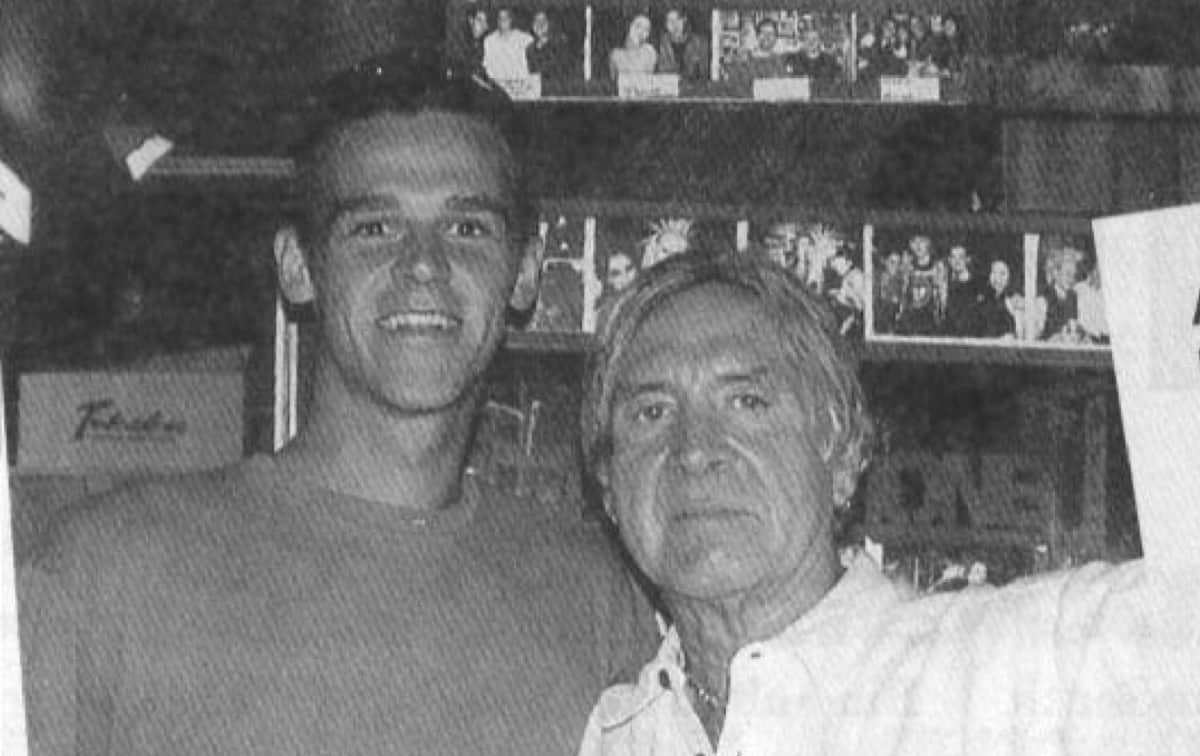 I really enjoyed hanging with some of the world’s top tennis players in Japan to play in the Sony-spon­sored Japan Open Tennis Tournament. I especially en­joyed getting to know Morocco’s Hicham Arazi who did very well here, and Brazil’s Gustavo Kuerten who, I’m sorry to say, did not do so well. I really pushed him to go back and sleep the night before his big match, but he was having too much funin Roppongi to heed my advice.

Congratulations to designer Jun Ashida who was recently awarded the Insignia of Officer in the National Order of Merit by French Ambassador Maurice Gourdault-Montagne on behalf of the French Government. Kudos as well to Jun and his staff for the marvelous article and photos of his and our late and great friend, Maureen Mansfield, wife of Mike Mansfield, former U.S. Ambassador to Japan.

Over in Europe-Belgium, to be more specific-Amelie Nothomb, daughter of former Belgian Ambassador to Japan Baron Patrick Nothomb and his wife, Baroness Daniele, has really achieved literary success with 11 books published since her first, Assassin’s Hygiene, in 1992. Amelie was featured in the December 2000 special issue of Time. The article said, “With her bizarre personality, she’s become a pop cult star.”

Happy to read legendary French actress Jeanne Moreau became the first woman inducted into France’s Academie des Beaux-Arts. I spent some time in Kyoto when she was here for the Tokyo Film Festival.

I had dinner in New York City with young English actor Jude Law after seeing him (all of him – lots of frontal nudity) in the play “Indiscretion” in which he co-starred with a then-over­weight Kathleen Turner. He was really looking forward to his next project where he played the grandson of Jeanne, a victim of the Holocaust. Jude’s been busy- “Midnight in the Garden of Good and Evil,” “The Amazing Mr. Ripley” and now working with Steven Spielberg on his new film, A.I.”

Got to know the members of the boy band ‘N Sync when they were here to promote their latest CD last fall, but had no idea how big they were until I got to Europe. They won Best New Band in the American Music Awards, were guests on the Larry King Show and were recently signed up to do a Super Bowl commercial for Anheuser­Busch. The ad is designed to discourage teen drinking. ‘N Sync will also perform during halftime at the Super Bowl on Sunday. Those guys are doing well.

It was another of those very special evenings at the Hotel New Otani when Omani Charge d’Affaires Riyadh M. Macki hosted a grand reception on the occasion of Oman’s 60th National Day. At the same time, it was a celebration of the 30th year that Sultan Qaboos bin Said Al-Said has been in power. Known as the Renaissance period for the Omanis, the popular leader’s rule has been a time for stability, trade and tourism. If you saw CNN’s coverage of the spectacular celebration in Oman’s capital of Muscat, you’re well aware of what an important event it was for the country. Newly arrived Omani Ambassador Mohammed Yousef Al-Zarafi was there but, as he had not yet presented his credentials, kept somewhat of a low profile. I enjoyed meeting the new ambassador and am sure he will be a real asset to our city’s diplomatic and social scene.

Swiss Ambassador Johannes J. Manz and his wife Antionette hosted a sayonara party in their home for Paul A. Dudler and his wife Shoko. After 30 years in Japan, Paul, the President of the Swiss Chamber of Commerce and Industry in Japan, and Shoko have by now moved to their new home in a small town in northern Switzerland. The guests, for the most part, were members of the Swiss community in Tokyo, and I really enjoyed meeting some of them for the first time.

I learned a lot about a country I really hope to visit soon, South Africa, at a big tourism promotion-launching reception hosted by South African Ambassador Krish Mackerdhuj and his wife Suminthra in their home. In addition to a large delegation of hotel and tour operators from South Africa who were here visiting (and promoting), guests were for the most part leaders in the travel and tourism business here. The Mackerdhujes were flanked by two African drummers who dynamically drummed away as guests arrived. The program also included the collection of South African-inspired plat­inum jewelry designed by Kazuo Ogawa. Taj Enterprises took this collection for a special presentation in New York City and Washington, D.C., last October.

It was yet another special evening at the New Otani when United Arab Emirates Ambassador Ahmed Ali Almualla and his lovely wife Mona host­ed a well-attended reception on the occasion of UAE’s National Day. Attendance at the celebration, the first the Almuallas have hosted here, was proof positive of how many friends they’ve made in just eight months in Japan. I gave some of my photos to the eldest son of UAE President Sheikh Zayed Bin Sultan Al Nahyal and heard they are now in the national archives.

Sacred Heart International School’s annual Family Festival was fun as always, festive and a very busy happening. It was held the same day as the Egyptian Bazaar, so I couldn’t stay at either as long as I would have liked. I saw a lot of friends, had a big Aussie steak-and-onion sandwich and bought a big (and delicious) apple pie for just ¥1,000. Proceeds from the Festival go to various worthwhile school projects.

The first party of the New Year by the also exceptional couple, Mitsuo and Lilo Maruyama, at the Capitol Tokyu Hotel on Jan. 2. The traditional and meaningful Hari Raya Dinner hosted by Malaysian Ambassador M.N. Marzuki and his wife Nora at their home on Jan. 11.

I really appreciate all the space Cork gave us on the annual orphan’s party at the Hilton Tokyo, especially when there was so much to get into the holiday spe­cials. There is, of course, no way to give recognition to everyone who supported the project. They do not do it for pub­licity or recognition, but to help chil­dren have a happier holiday season. 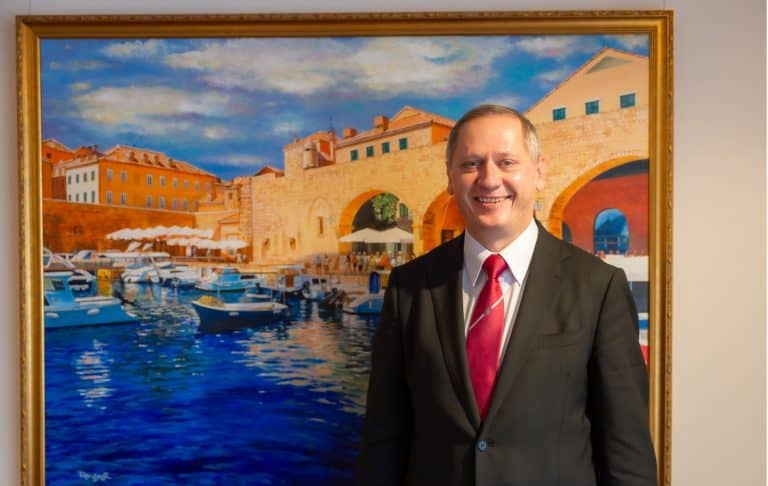 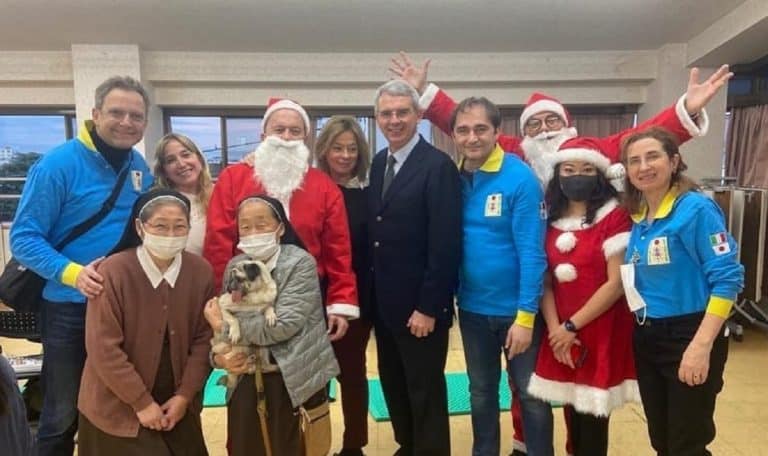 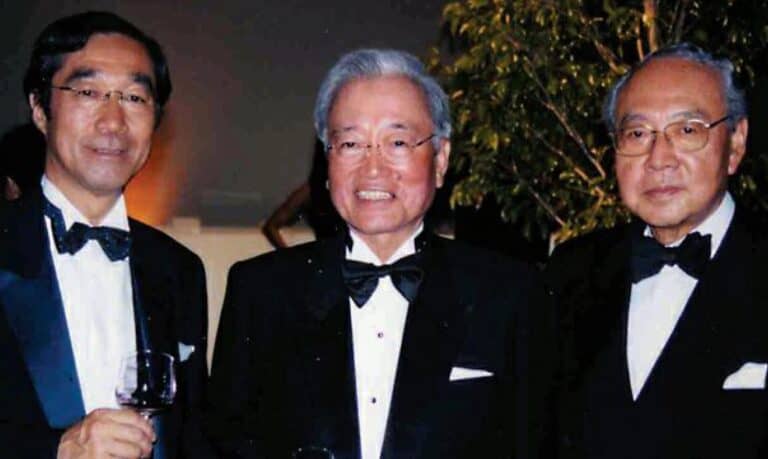 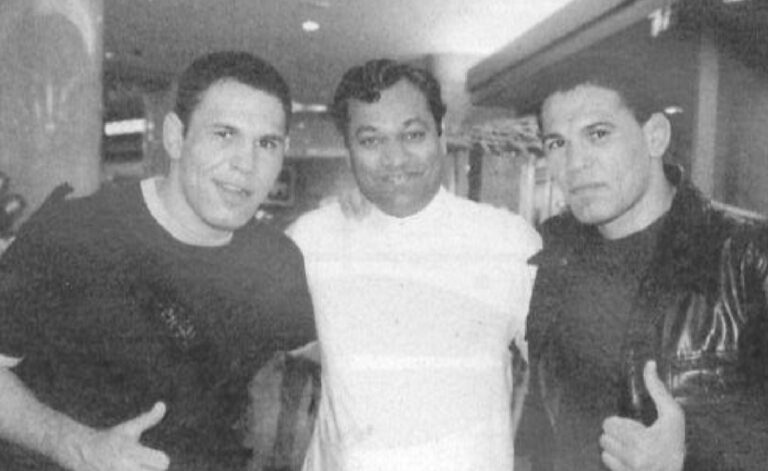 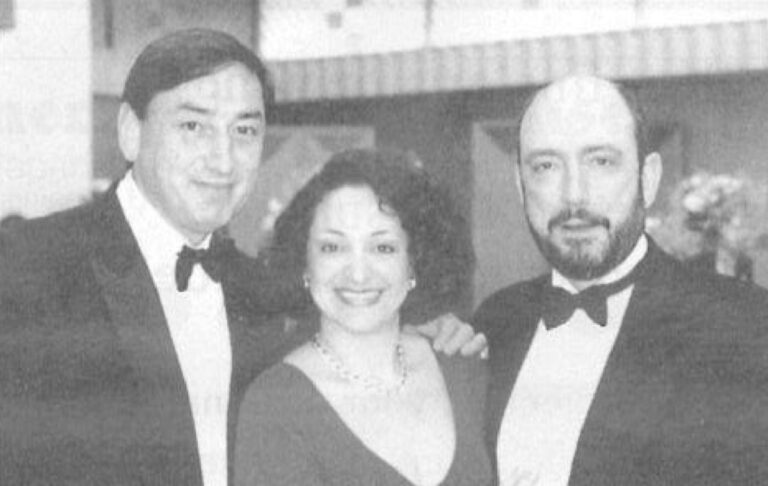