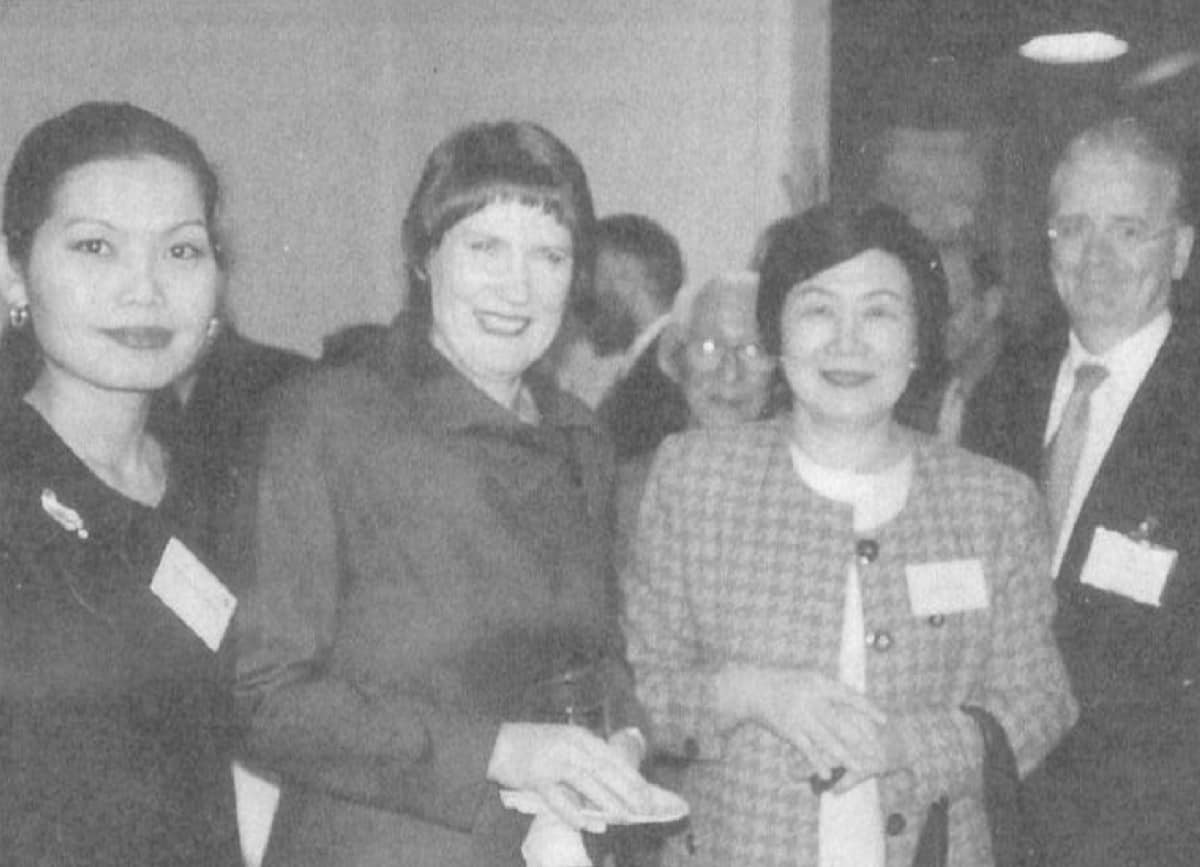 I was really shocked at the untimely and truly tragic death of 22-year-old pop singer and actress Aaliyah Haughton in a plane crash in the Bahamas on Sept 2. I got to know this talented young woman quite well when she was in Tokyo last year with producer Joel Silver and actor Jet Li to promote “Romeo Must Die” for Warner Brothers. I introduced Aaliyah to Gwen Stefani, lead singer of No Doubt, and really enjoyed sitting and lis­tening to the two of them talk about their goals and hopes for the future. Aaliyah was headed to the top and had just released her new album, Aaliyah, finished shooting on the film adaptation of Anna Rice’s novel Queen of the Damned and had been contracted to play an important role in Silver’s “Matrix 2.” Her death is a great loss, not only to her family but also to her many fans.

Sol and Carole Yoshida are just back from Los Angeles, Las Vegas and Hawaii, and they really enjoyed their time, with their son Kaz who goes to school at the University of California, and daughter Kayo, enrolled in fashion school in L.A. The Yoshidas have the Postnet franchise in Japan and got together with the Postnet top executives at their headquarters in Vegas. One of the highlights of the trip was die musical show “O” at the beautiful Bellagio Hotel. If you get to Vegas, get to this show. It’s fantastic. The Yoshidas are busier than ever, setting up the Nordic-Japan Environmental Conference 2001, titled “The Journey of Water­From the Sky to the Sea.” The con­ference will be held at Nagano Nov. 5-6. For more info, call Car­ole at 3498-2828. Sol is honorary consul for Denmark, Sweden, Norway and Finland.

I just got a call from a Venezuelan friend of mine, Laureano Olivares, whom I met when he was in Japan to promote the film “Sicario” for the Tokyo International Film Festival. I visited Laureano in Caracas a few years ago and really appreciate him showing me the city and introducing me to his friends. Talk about beautiful people. Laureano speaks fluent Spanish, English and French and is now studying Ger­man. He’s also playing in a Latin band. Thought I could help my hard-working and talented friend, so I called director Taylor Hack­ford about an audition for “Proof of Life” which was filmed in Ecuador. Laureano was working in Miami on another project and schedules conflicted, so “Proof of Life” did not work out. Oh, well, next time.

The heat and humidity did not keep friends and fans of Egypt away from the spectacular mid-day reception held by Ambassador Mahmoud Karem and his wife Yasmina for Egyptian National Day. As guests entered the open courtyard in front of the entrance, they were greeted by a large replica of Egypt’s best known landmarks, of Egypt’s best known landmarks, the Pyramid of Cheops and the Sphinx. The walls of the courtyard were hung with the colorful tent fabric used for weddings and other festive occasions in Egypt. Long tables groaned under silver trays of delicious Egyptian foods that included fool (brown beans), falafel, warak enab (stuffed vine leaves) and kofta (meat balls). Egyptian music playing softly in the background. Mahmoud and Yasmina are an extremely outgoing and popular couple, and the many people who came to congratulate them on that special day included top Japanese government officials, diplomats, business laders, scholars, show biz personalities and familiar faces from all walks of life. It was a colorful and festive celebration, perfect for the occasion.

Philippines Ambassador Romeo Arguelles and his wife Azucena (” Annie,” she’s a doctor of dermatology) hosted a glittering reception at the Imperial Hotel. The occasion was to celebrate the 103rd Anniversary of Philippines Independence and (the only downer that evening) to say sayonara to many of the friends they made during their two and a half years in Japan. There were hundreds of Japanese and foreign VIPs there, including three of Japan’s grand dames Mutsuko Miki, widow of the late former Prime Minister Takeo Miki; Tenkoku Sonoda, widow of the late Minister of Foreign Affairs Sunao Sonoda, and Chiyo Fukushima, widow of Shintaro Fukushima, former editor of The Japan Times and once president of Kyodo News. These three ladies are all active in community projects, and it is unusual to see all of them at the same reception. Seems like everyone knew and really liked the Arguelles. I just hope the powers ­that-be back in Manila know what a great job they did here in Japan. After they left Tokyo, they returned to Manila for some time with relatives and friends. I’ve talked to Annie a few times in the last month or so, and she’s busy with her clinic in northern California. Romeo stayed on in Manila for career moves but will join her soon. We wish this exceptional couple and good friends all the best.

I really enjoyed the mid-day reception hosted by Venezuelan Ambassador Carlos Bivero at the Imperial Hotel on the occasion of the Bolivarian Republic of Venezuela National Day. In addition to having the opportunity to congratulate the ambassador, guests were able to meet two of the top foreign baseball players here, Roberto Petagine of the Yakult Swallows and Alex Cabrera of the Seibu Lions. Both are from Venezuela.

“Where were you when you heard about that tragedy?” I, like many Americans living in Tokyo, was home when the news first came over the U.S. Armed Forces Radio Station, FEN. It was a Tuesday evening here, and I was sitting on the big rock outside the Lexington Club, waiting for actress Angelina Jolie and her actor-husband Billy Bob Thornton. The celebrity couple was in town for Toho-Towa to promote Angelina’s box office hit, “Tomb Raider,” and had planned to drop by for a small party after dinner. Niels Thomsen, owner of the popular Oasis restaurant next to the Lex, ran out and shouted, “Come over. You have to see what’s happening back home.” Just as I got there, CNN was showing footage of the two commercial jetliners crashing into the Twin Towers. My first thoughts were it’s got to be a Renny Harlin or Joel Silver movie; this can’t really be happening. Tragically, though, it was all too real. Angelina and Billy Bob had someone call, then of course headed back to their hotel to watch the news and try to call friends in New York and across America. Once I told those at the Lex the news and that the party was off, I went straight home and did the same.

During the first week after the attack, I spent much of my time watching and re­watching the tragedy and its aftermath on CNN, in shock and denial. I have mourned, cried and prayed for and with the many people still hoping their missing relatives or friends will show up. There’s no denying these are tough times, but Americans are tough people and will see it through. Do your best to live your life as you have, fly when you need to (or want to), support American interests whenever you can and help others. God bless America. I’m sure you heard Rahna Salie, a 1992 graduate of Sacred Heart here in Tokyo, died when one of the hijacked planes crashed. She was seven months pregnant. Our deepest sympathies to her family and many friends. Rahna, by the way, was a devout Muslim. 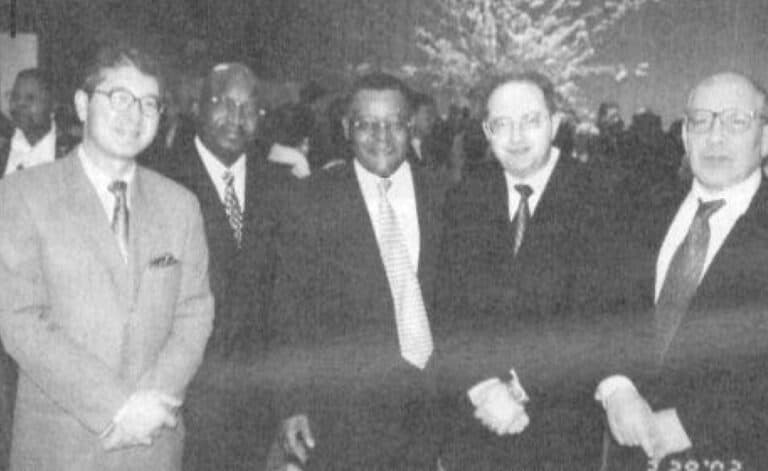 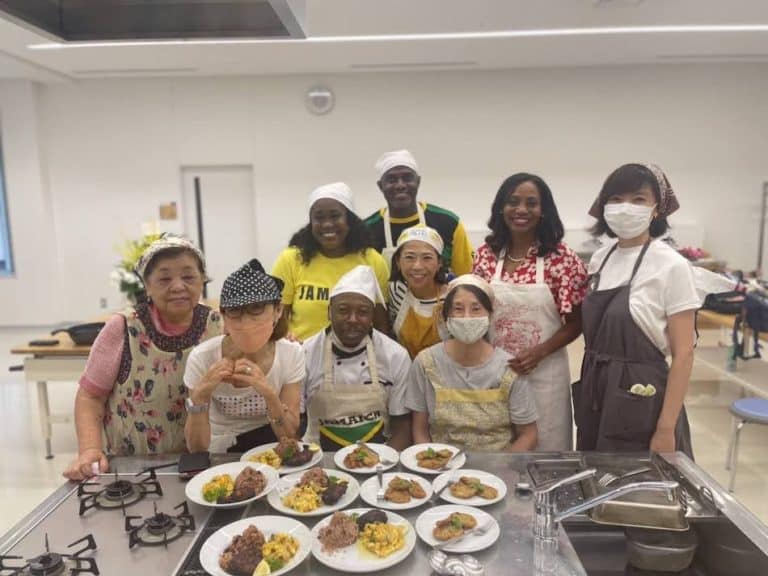 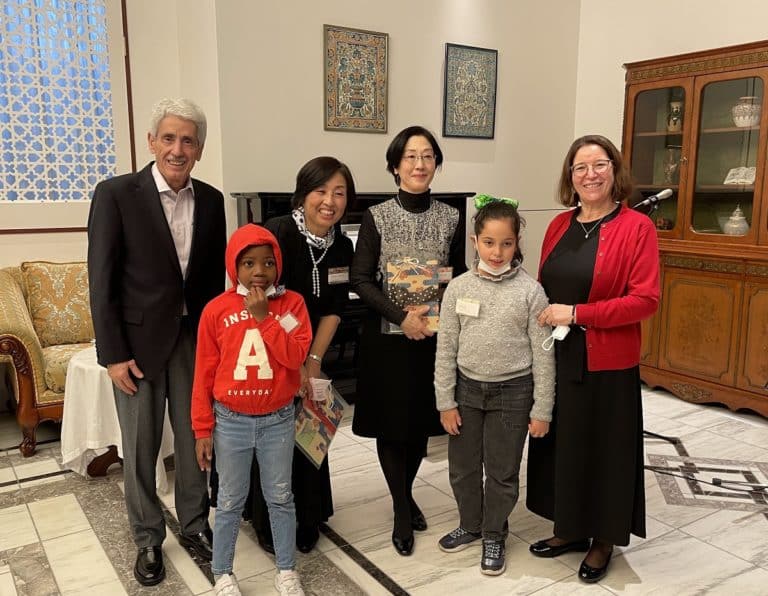 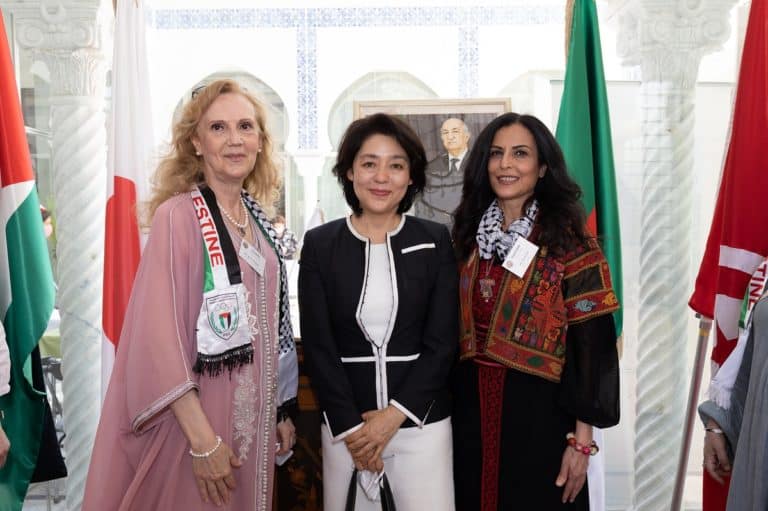 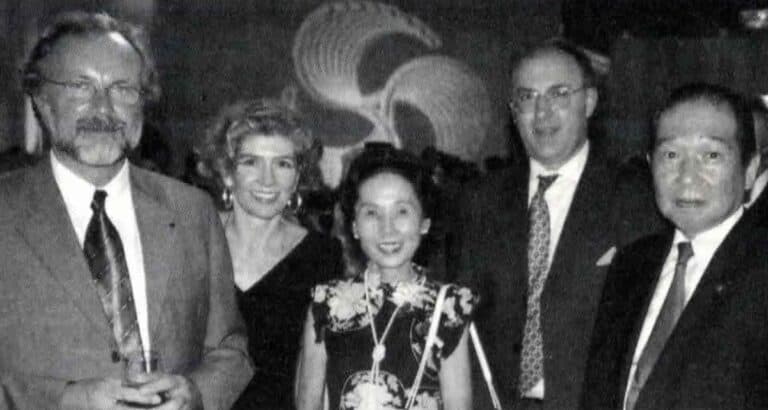 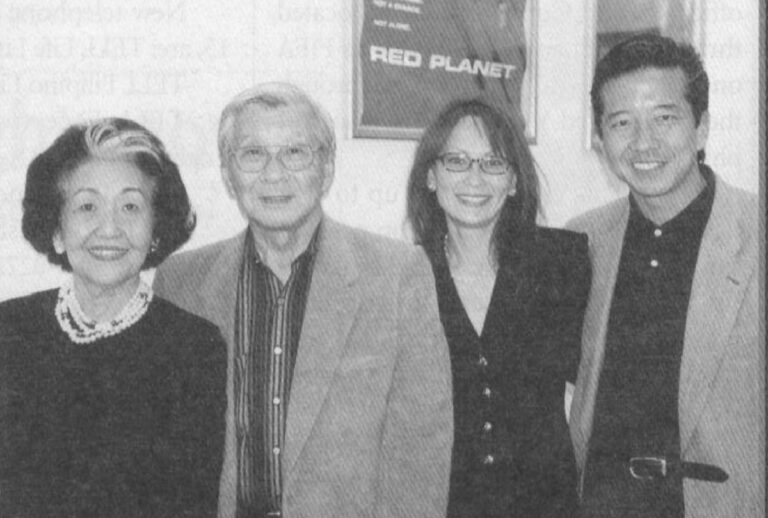