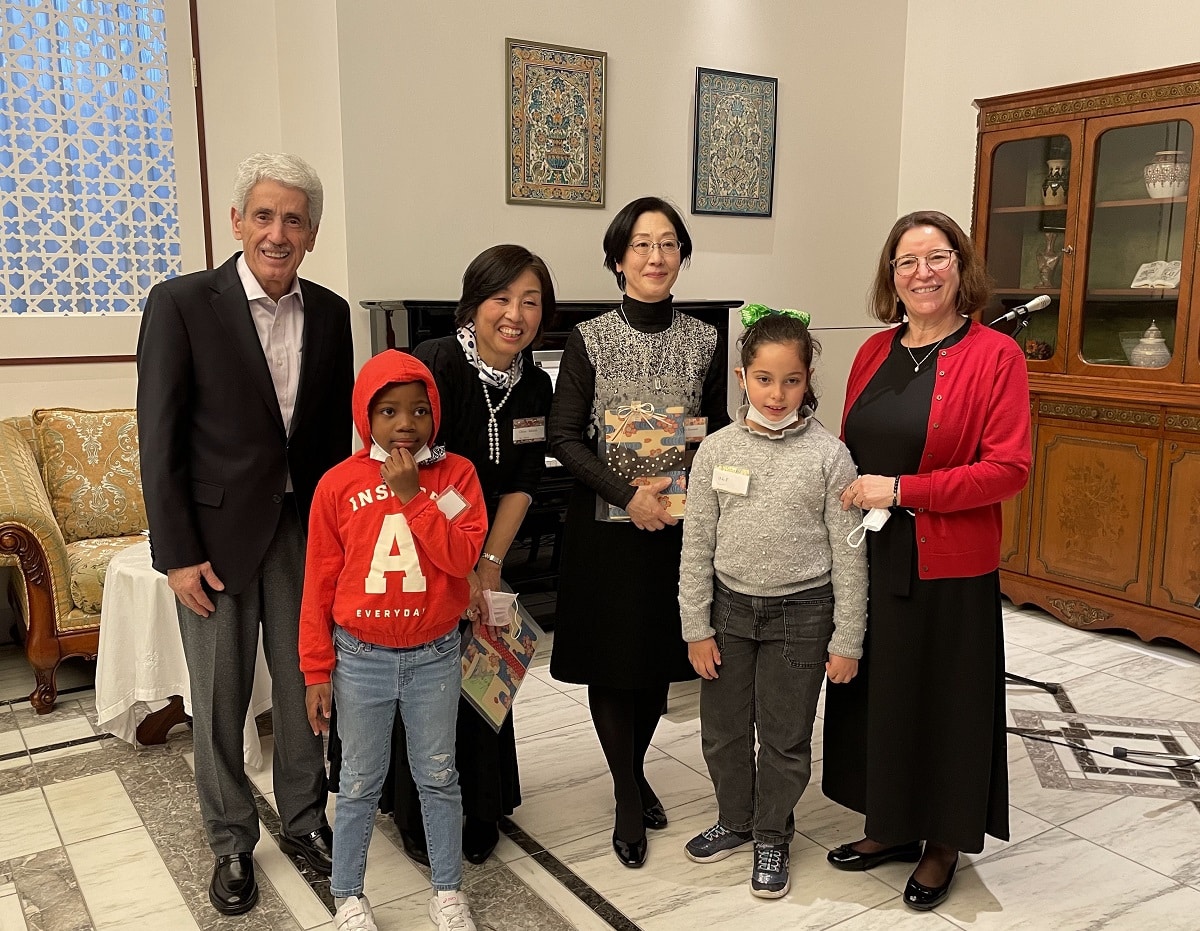 NCAF, the Ladies’ Friendship Association for Africa and the Middle East (President: Mrs. Nachiko Koike), which continues cross-cultural exchanges mainly with embassy officials from Middle Eastern and African countries, held a music event with the full cooperation of His Excellency Mr. Larbi Katti and Mrs. Fahima Katti, and the “Donguri-no-Do” Choir at the residence of the Algerian ambassador.

“Donguri-no-Do” was established in 1999 as a children’s chorus and rhythmic group that mainly works with infants to junior high school students in the Nishihara area of Shibuya Ward and the Minamidai area of Nakano Ward. In its more than 20-year history, the activities of singing out loud and feeling music with the body have been highly praised for enhancing the rich sensibilities of children.

To this event, children from several African countries, attended including Algeria, Ethiopia, Zimbabwe, and Mali, participated in the event. At the initial introduction, the children of “Donguri-no-Do” and the children from Africa were very nervous. But first they sang the Japanese children’s song “Jicchako Bacchako” together, facing each other. They clapped their hands with each other, playing “hand games,” and they became completely open to each other. The ambassador and his wife, who were present, also joined in the singing and playing with the children.

The repertoire of “Donguri-no-Do” is large, and all of the songs are very enjoyable. Famous songs that all Japanese people know, such as “Akai Tori Kotori” (The Little Red Bird),” “Nanatsu no Ko” (Seven Baby Crows), and “Kutsu ga Naru” (Our Shoes Ring), were played. All of the melodies were easy, and the children on the African side quickly became familiar with them, joining in the singing. The next song that was played was “Shosholoza,” which is very popular among Africans. This was sung by the children on the African side, together with the children of Donguri-no-Do. At the end, we sang “Oni-no-Pants” (Demon’s Boxer Shorts), together with choreography. This song is based on the famous Italian song “Funicli Funicula,” and is familiar to foreigners. The choreography was unique, such as the action of putting on pants, and all the children were delighted. The encore didn’t stop, and even after the scheduled time, the children sang and danced to “Demon’s Boxer Shorts” over and over again.

After enjoying the performance, Mrs. Fahima, the Algerian ambassador’s wife, sponsored a snack time. The Algerian sweets we had for the first time were very delicious, and the Japanese children were overjoyed.

As soon as the meeting ended, many of the children asked, “When are you going to do it next time?”

The exchanges between the African and Japanese children left them with great memories. Having such pleasant memories with foreign children will mean a great deal throughout the future — friends who sang, danced, and held hands together. Those who share such memories will not fight each other in the future. That may be the power of music.

Now the Russian invasion of Ukraine is changing the world. It’s never a change for the better. Wouldn’t it be ideal for us to live in a peaceful and respectful world?

Organized by Donguri-no-Do, NCAF, Ladies’ Friendship Association for Africa and the Middle East, and the Algerian ambassador and his wife, it can be said that this small activity brought a little peace and conversation to the children’s hearts. The reason why cross-cultural exchange is really important is that it leads to mutual understanding and peace in the future. We look forward to more meetings that contribute to cultural exchange and international friendship. 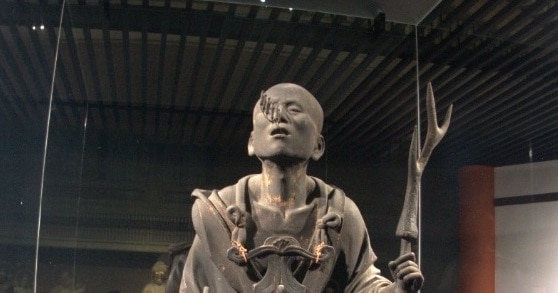 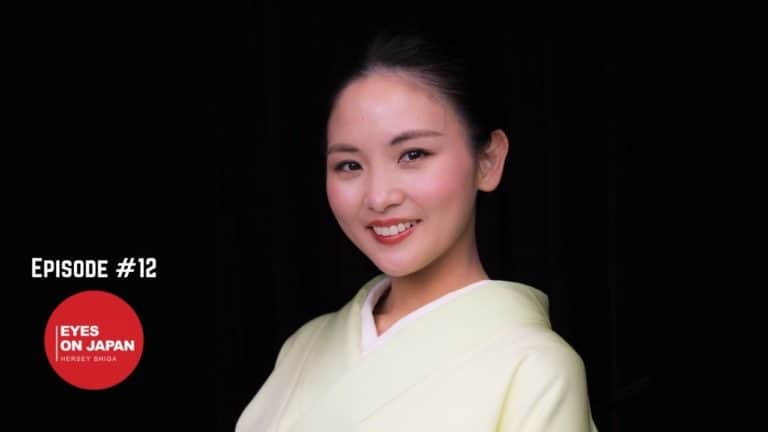 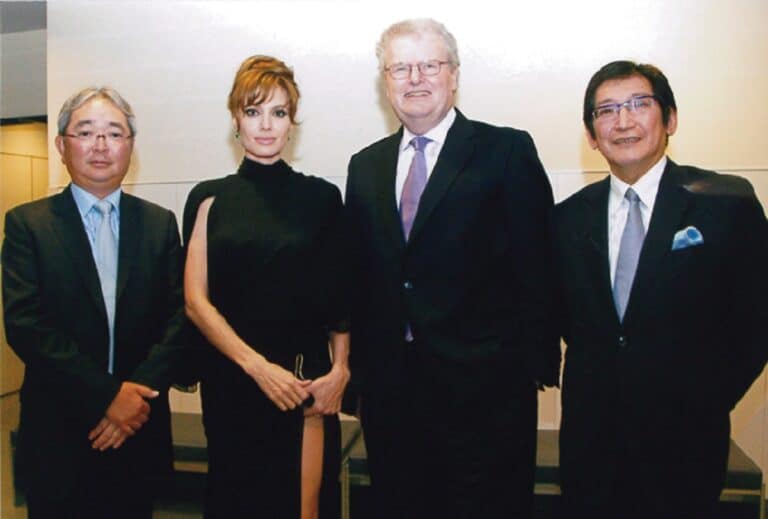 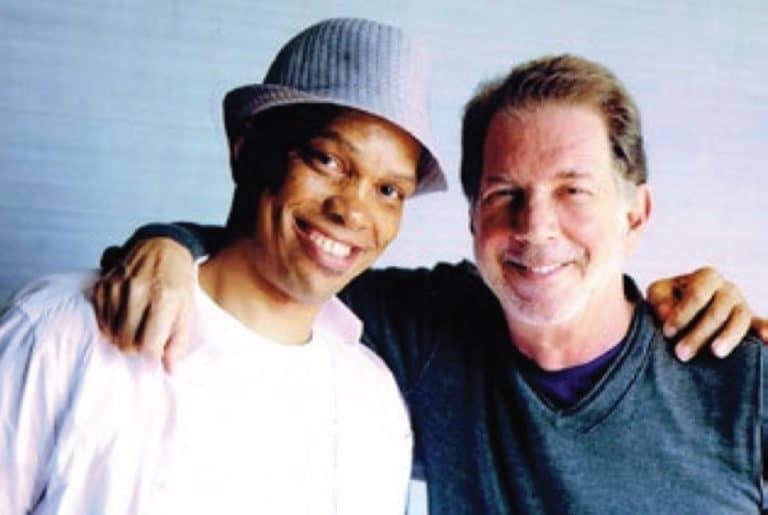 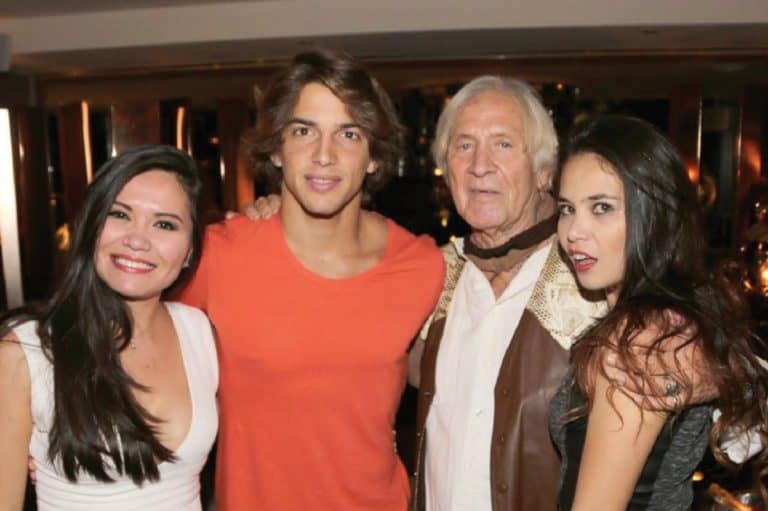 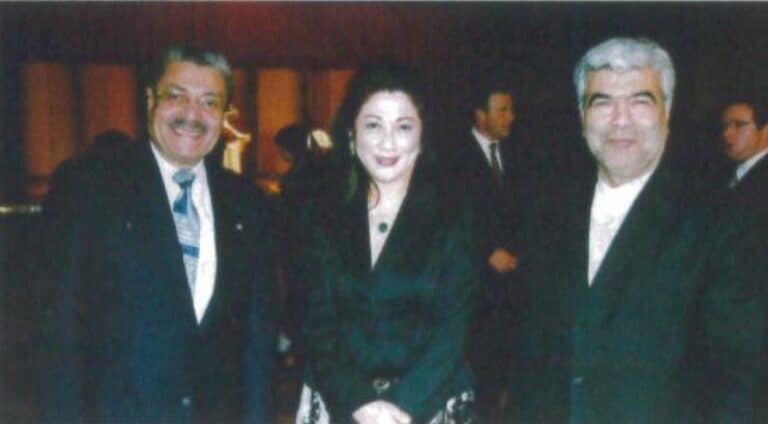